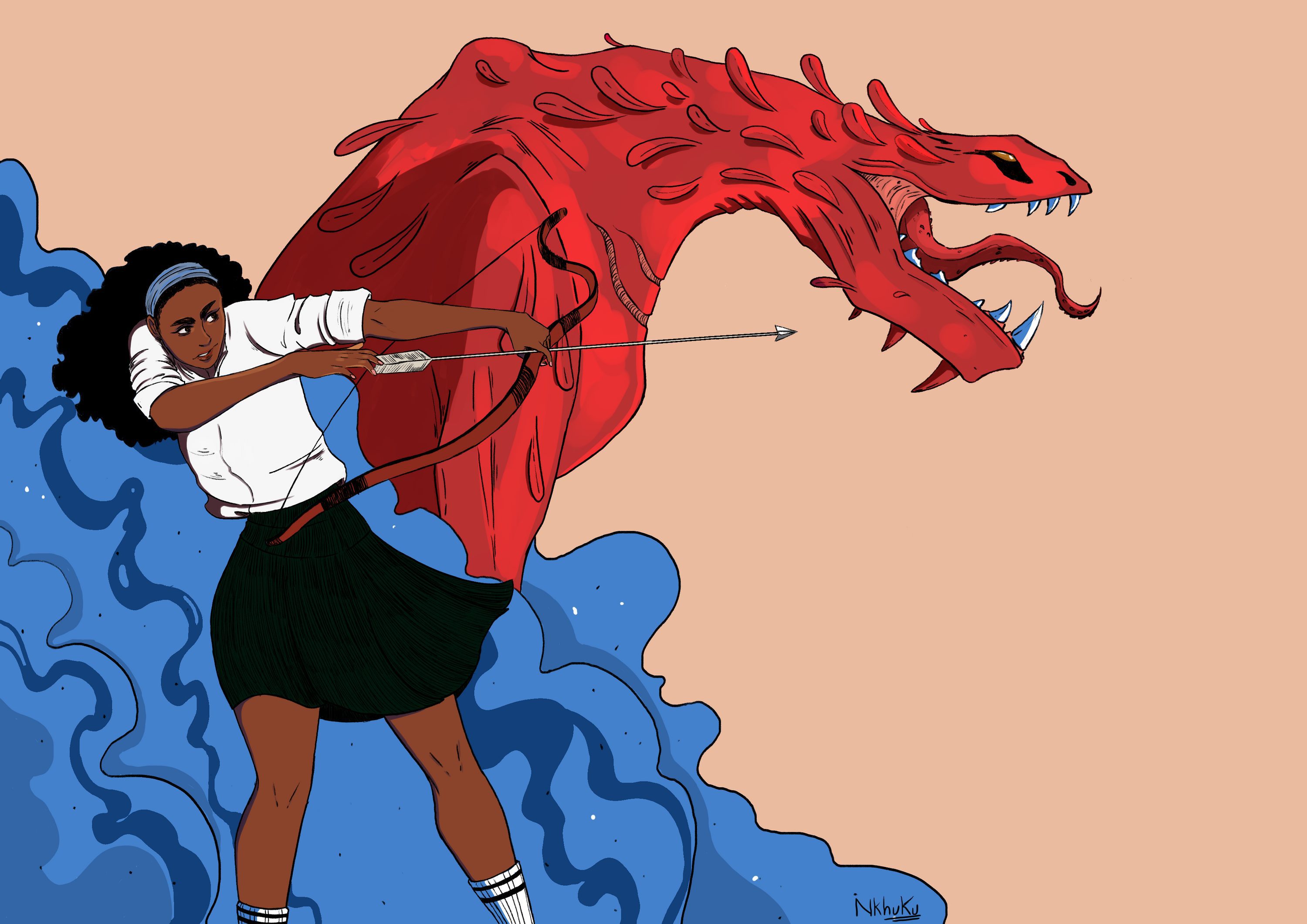 Nkhuwemi Kumwenda is a member of the Artist Alliance Incubation Programme, a Malawian digital artist and fine art student at the Ruth Prowse School of Art in Woodstock.

“I think a lot of kids grow up drawing, and then there are just those who just carry on drawing,” she says of her early experiences with art. She says, “There are also some who have abandoned it, I was one of them who kept drawing.” Her parents pushed her to concentrate on her academics while allowing her creative freedom, and after high school, she returned home to study Chemistry with a minor in Physics.

Although producing a great sense of unease and uncertainty, school was unquestionably the best option for her. It provided her with a multitude of prospects that she would not have had if she had remained in her hometown. Despite being a fine artist, Nkhuwemi deviated from the path and enjoys making art digitally because of its efficiency; she doesn’t have to spend too much money on art supplies and it’s less time-consuming, however, she reiterates that it is not as easy as it appears.

On creating from a different  milieu:

“Back home is more of a limited art landscape. The kind of art that people do is very limited. I don’t think I’ve seen anyone do like contemporary art and sculptures and installations there. However it’s more welcoming because they’re like your people, and you know them, and they know you. but at the same time, it’s limiting to your creative ideas, while this side, they’re very open to different styles, techniques, they’re very open to that, but it is kind of like, okay, I’m from a different place, how do I navigate with these people? And how do I talk to these people, when South Africans, like making art where they show a lot of their experiences, their background, and their history. I don’t have a connection to that. At the same time, I’m confident enough in my work.”

She remembers experiencing an emotional disconnect with her work as a result of the source she drew from, and how she felt compelled to create art that was tied to things outside of herself and who she was; she didn’t appreciate drawing from such places, and it felt inauthentic. When she begins to create, she does a lot of preliminary sketches, research, and stocks up on reference images because you can ever have too many reference images and you want to draw things that look like you know, recognizable so I do a lot of research. And then I get into like the composition of the piece and how I wanted to look

Nkhuwemi shies away from using societal themes, creating political art, or spotlighting black pain in her work, despite the fact that she appreciates it when other artists do it. Being a black artist can mean that it’s completely enough to creating merely for the sake of creating, rather than to constantly perform our pain or partake in struggle-olympics to appeal to an audience.