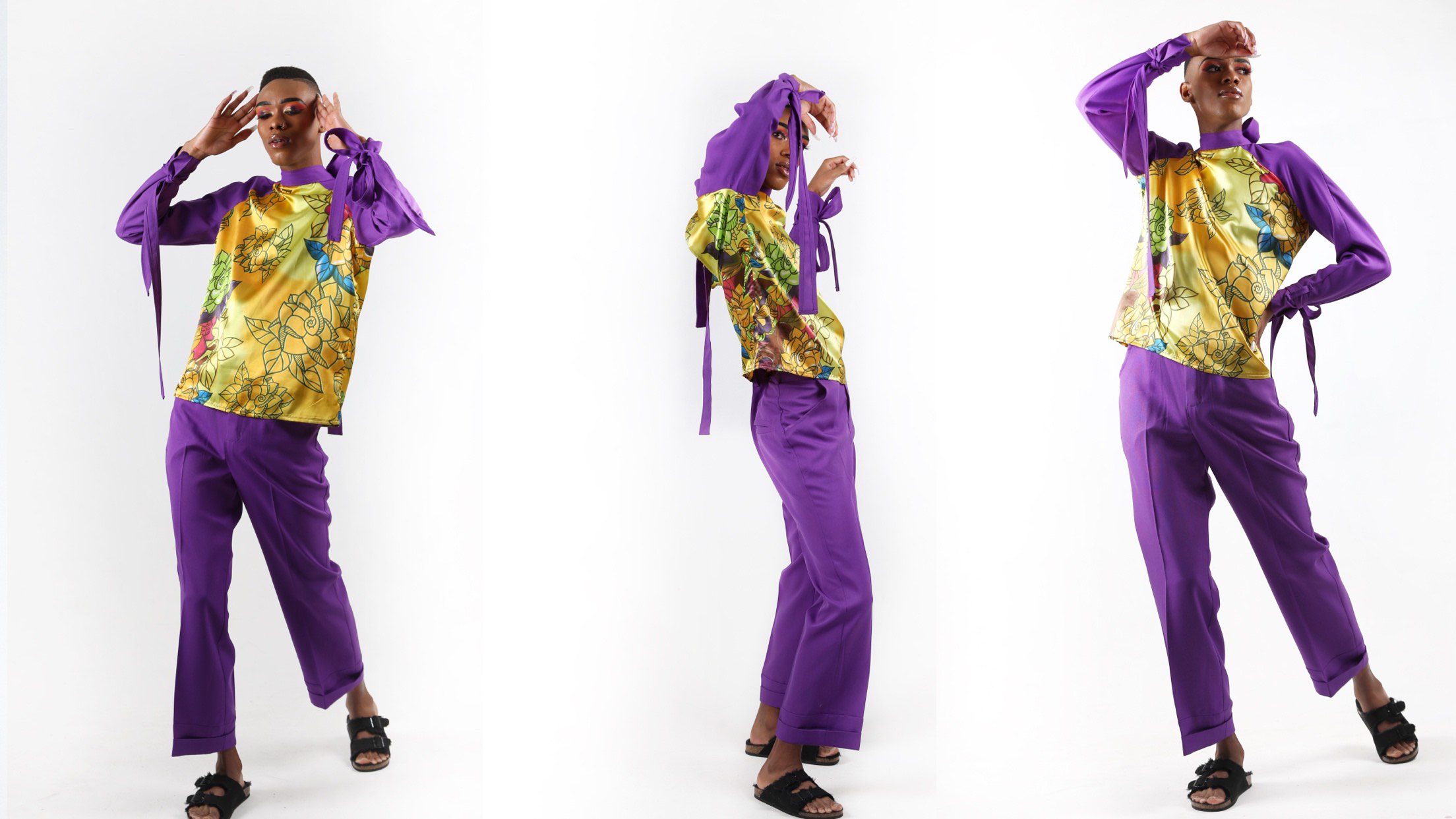 Kholosani Somhlahlo, a 29-year-old fashion designer, creative director, and visual merchandiser was born and raised in Umthatha, Eastern Cape. His fascination with the fashion industry began when he was a kid, watching The Bold and the Beautiful on weeknights and playing a game where they pretended to own ‘media houses’, simulating the Forrester empire’s everyday activities. He moved to Cape Town in 2011 after finishing matric with unanswered questions about what he wanted to do with his life and then ventured into graphic design, and then advertising, but he was still haunted by the desire to study clothing production.

Kholosani recalls having goals of being a well-known designer since the beginning of his studies, only to discover that building a successful brand takes time, money, and resources that he did not have. This realization forced him to work while studying to fulfill his dreams and establish Opulence By Leo, a fashion outlet that is sophisticated, sleek, and clean-cut. It came after assessing himself; what he likes to wear and realizing that there was a need for genderfluid designs. Opulence is a brand he built with himself and people like him in mind and having everyone else gravitate towards the vision.

Looking back at his previous work, he realized that he had a tendency to create without purpose and felt pressured to comply with society’s expectations of how he should represent his queer identity. He says he was teamed up with mentors he could relate to, people he could learn from and converse to about their respective journeys and perspectives on the world of art during his Artist Alliance experience. As he rediscovered his voice, he realized that embracing his feminine side was liberating, and that refusing to allow anyone to tell him who he is drove him to create his best work.

Kholosani grew up with the stereotype that gay people are predestined to be HIV positive and die at a young age. This had a grave impact on his creativity and the way he produces his work, and that coming to Cape Town assisted him in reclaiming his identity. “It is very important to express yourself and have people to look up to because we are not doing it for ourselves now, there are people that are still growing, looking up to us, so it is important to portray that in the work that I do because growing up there was so little to see, there was not much information or knowledge about being gay,” he adds.

Somhlahlo hopes to create inclusive environments that support growth, encourage youth from elokshini to embrace their artistic inclinations, and teach them that there are more career paths to choose from than seeking security and being unhappy thereafter. He wants the art and fashion industry to not only grow but for African designers to own their craft.