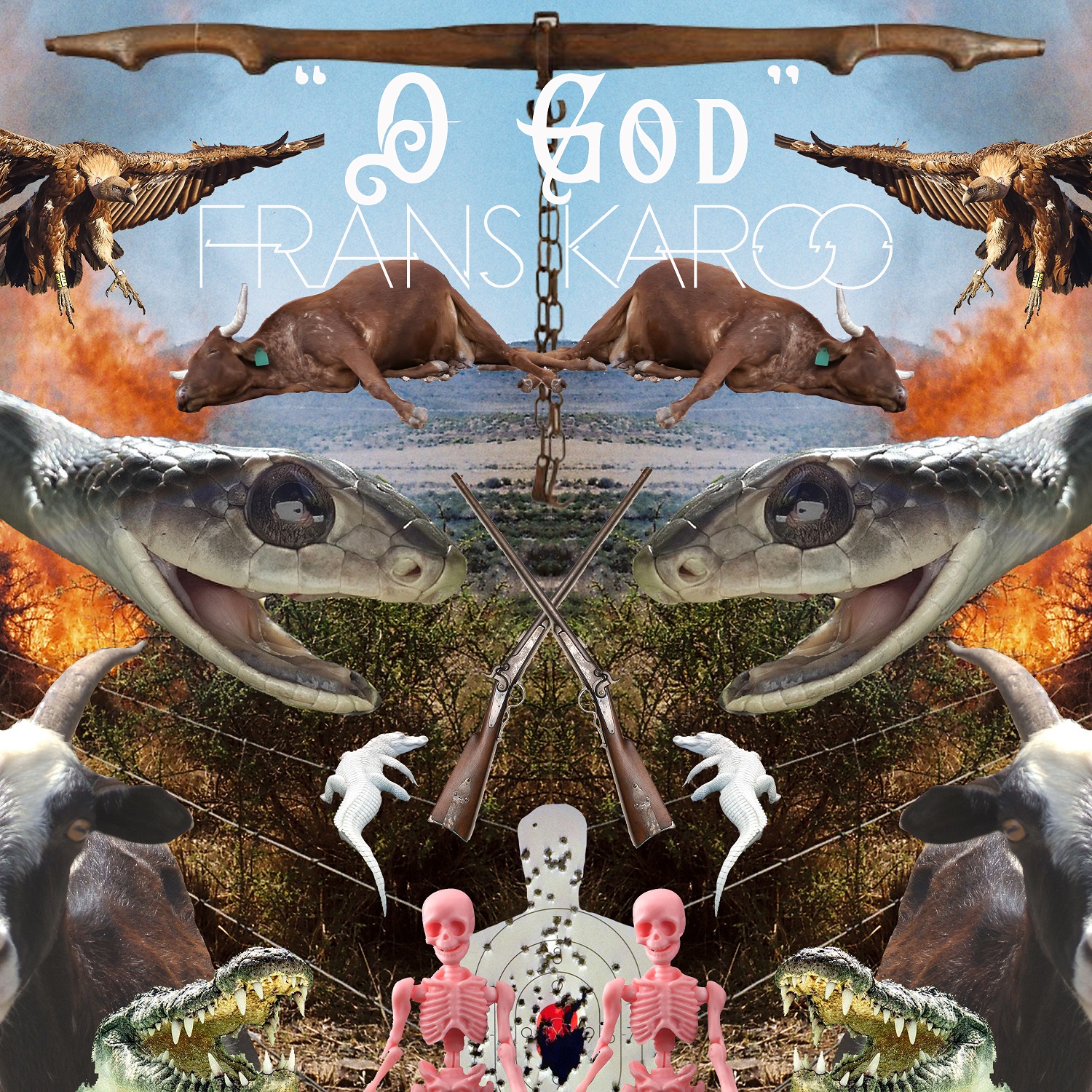 Gerard Rudolph, takes a virtual ‘pen to paper’ and delves into the incredible release:

I listen to O God, Frans Karoo’s single on repeat as I write here. And I think: Fuck Frans Karoo.

He’s the artist I’ve always wanted to be: poet, musician, singer, writer, wanderer, photographer, filmmaker, thinker and a bonafide rock star. He’s cool without trying to be cool, can pull off a hat and a suit like no one else. He has a tattoo on his face, FFS!

Those who know, know Frans Karoo from bands such as Jet Black Camaro and Gunshot Blue. Let’s focus on the here and now:

O God is Frans Karoo’s debut single in Afrikaans. It’s hard not to fall in love with it. Frans’ voice is lazy, as if he doesn’t want to sing but rather wants to talk, almost as if he’s channeling Bob Dylan and music that makes me think of Mott The Hoople (there I lose the millennials now). But it’s not old school.

O God is hot ‘mieliepap’ with chakalaka – simple but with an edge, as good rock ‘n roll is, and always has been. It’s music for road trips. It’s music that forces you to listen to the lyrics while your foot keeps the beat on the carpet. But you have to listen carefully. Even if the song sounds quite innocent at first, itself up-beat, you soon find that it actually has a dark soul.

O God is a lament, a rock ‘n roll prayer for the invisible men and women in our society who toil in our mines and scrub our floors.  It’s about our artists, giving them everything and still getting nowhere. He was asked over and over again, “Is daar iemand wat die arm man se gebede hoor? [“Is there anyone who hears the prayers of the poor man?”]  Frans doesn’t give an answer to that. What he does give us is a bitter pill wrapped in a masterful song, a whole world in just over 3 minutes.

And if you are not yet convinced that Frans Karoo is one of our folk’s most original and unique artists, check out the video that Frans Karoo himself made and you will understand why I am so jealous.

Is there anyone who hears this poor man’s prayers? I won’t know. I hear Frans. Loud and clear. And I said, Amen and AWEH!