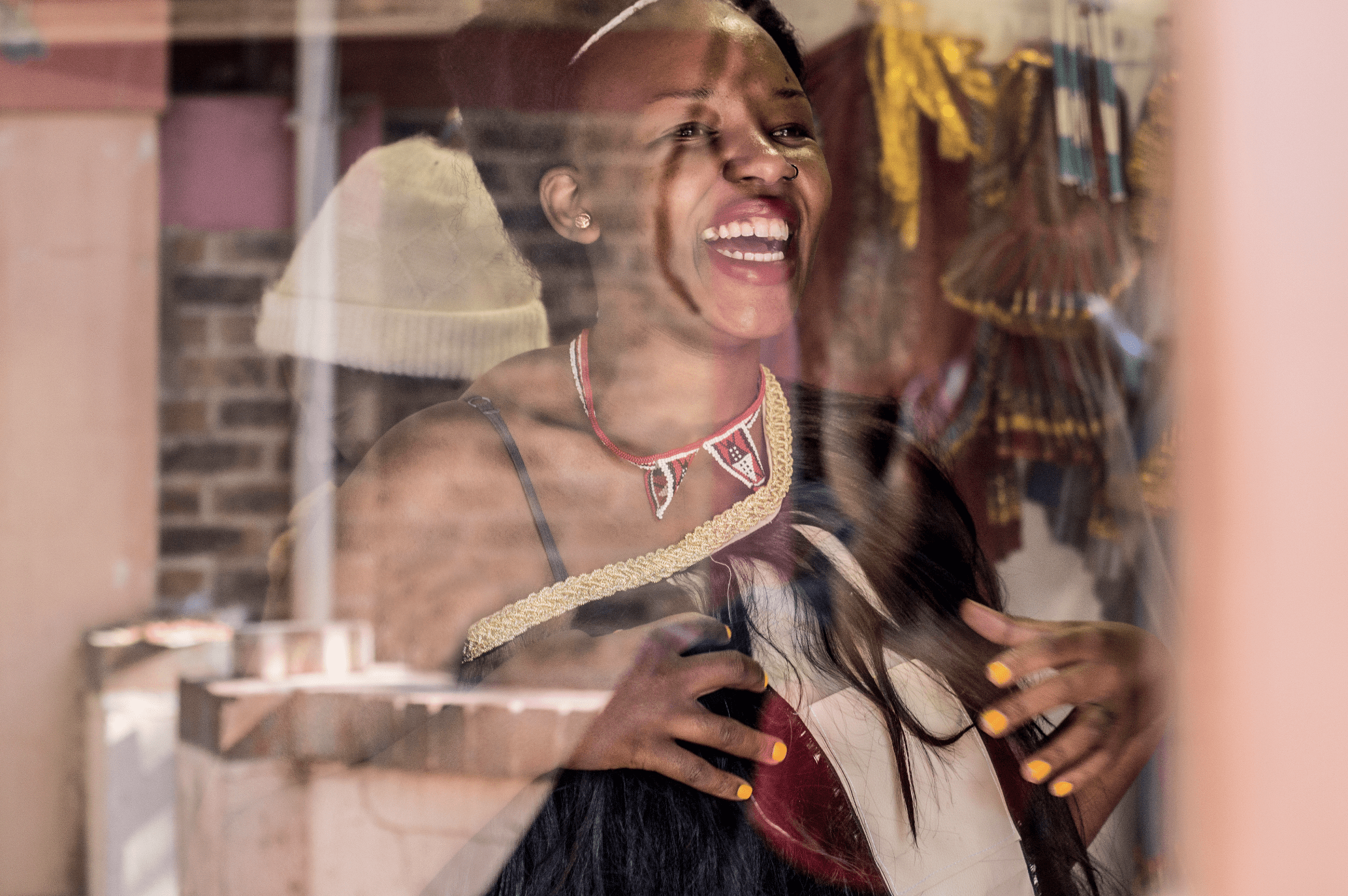 Posted at 10:35h in 10and5, Africa, Documentary, Empowerment, Entertainment, Featured, film, News, Pulse, Video by Between 10and5
0 Likes

The highly anticipated feature-length documentary film “Lobola, A Bride’s True Price?” has finally had its South African premiere at the 24th edition of the Encounters South African Documentary Film Festival where it was this year’s runner up for the Adiaha Award For Best Documentary By An African Woman.

The award is presented by the Ladima Foundation in partnership with the Encounters South African International Documentary Festival. The Award is a way to both recognise and incentivise women from across the continent to tell their stories through the powerful medium of documentary film. “This film is sure to spark debate. A brave and intimate portrait where filmmaker, Sihle Hlophe shows her vulnerability and takes us on a journey with exclusive access to a widely practiced tradition of bride price, Adiaha Jury. In 2017, “Lobola, A Bride’s True Price?” was also awarded the “Most Promising Documentary Project” award at the Durban Film Mart.

“Lobola, A Bride’s True Price? is a personal film that follows opinionated filmmaker Sihle Hlophe as she decides whether she will accept Lobola or not, after her boyfriend proposes to her. Lobola is a cultural practice that unifies the families of two individuals who want to get married and their respective ancestors. Lobola is practised in most African countries and is sometimes incorrectly referred to as dowry. The film charts Hlophe’s journey from several years before her wedding up until the big day, during which time she documents numerous Lobola negotiations around the country in an effort to properly understand this sacred and highly revered cultural practice. Fuelled by the tensions between the director’s own beliefs, her desire to please her family and respect her culture and ancestors, the film echoes tensions similar in cultures the world over, in terms of shifting gender roles in the 21st century.

The most contested themes in the film are socially constructed gender roles, the significance of African Spirituality, the monetisation of Lobola and the evolution of African Culture. “Watching “Lobola, A Bride’s True Price?” is like partaking in an intergenerational fireside conversation about a very heated topic. Love it or hate it, everyone has an opinion about Lobola!”, Sihle Hlophe, Director. On her quest for answers, Hlophe speaks to people from all walks of life, which makes for some seriously engaging viewing. The “Lobola, A Bride’s True Price?” team has a burning desire to give women a voice so that they can be empowered when they make life changing decisions about Lobola and Marriage. As a result, the film’s Impact Campaign is geared towards conscientising women in rural areas, townships and low-income urban areas about their marital rights. “It is concerning that many women do not know that, due to amendments to the Customary Marriages Act, they need to have a pre-nuptial agreement in place before undergoing the Lobola process”, Nondumiso Masache, Impact Producer. The team will host numerous impact screenings and use them as a platform to create real social change and empower women.

“Lobola, A Bride’s True Price?” was produced by award-winning film-driven social enterprise, Passion Seed Communications (PSC). It was directed and produced by Sihle Hlophe. Hlophe is a multi-award winning filmmaker whose work has been recognised with numerous accolades including a SAFTA Award. The film is led by a team of talented and dynamic women, including female cinematographer
Kutlwano Mabusela and BAFTA and Peabody winning director/producer, Xoliswa Sithole, who came on board as Consulting Producer in 2018. It was funded by the Hot Docs Blue Ice Group Fund (Canada), the National Film & Video Foundation (South Africa) and the South African Broadcasting Corporation.