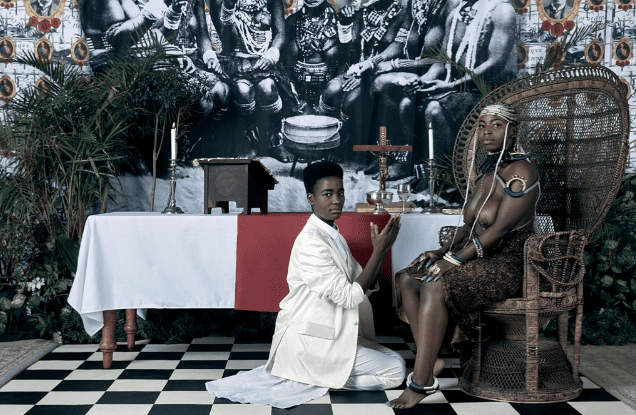 ‘We Still Insist’ is a film project and live performance presented by The Library of Things We Forgot to  Remember and What’s Wrong With Groovin’? on the 22nd of September at 19:00 at Constitution Hill in Johannesburg.

Kudzanai Chiurai presents the film that will be accompanied by a live performance by Tumi Mogorosi and The Freedom Now Suite Band.

The Library of Things We Forgot to Remember and What’s Wrong With Groovin’? bring you a wonderful readaptation of Max Roach’s We Still Insist  avant-garde jazz album and a vocal-instrumental suite on themes related to the Civil Rights Movement . The album was considered highly controversial and even banned in some countries.

Tumi Mogorosi and The Freedom Now Suite band will be re-imagining this special album that played variations on the theme of the struggle for African Americans to achieve equality in the United States.

The performance will be accompanied by and audio and visual installation by Kudzanai Chiurai that will be incorporated into the live performance.

Says Chiurai “This will be a presentation of a visual and audio archive installation that speaks to the history of oppression, resistance and liberation throughout Africa in the latter half of the 20th century. The collaboration with What’s Wrong With Groovin’? seeks to bring the past into the present , as our present is  still shaped by our colonial history. The collaboration also evokes the traditions of resistance, solidarity and collaboration that are synonymous with the album We Insist, Freedom Now Suite. This rendition will be titled We Still Insist – as a continuation to the albums call to resistance, solidarity and collaboration.”

The Freedom Now Suite is made up of leading lights of the SA jazz scene: