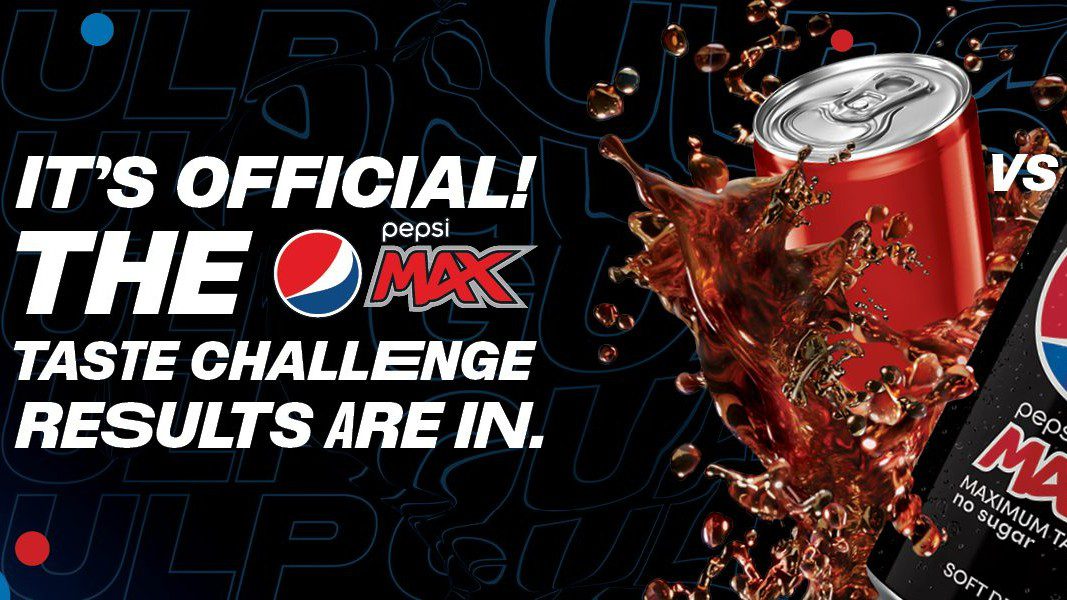 Regional data reveals that participants prefer the taste of Pepsi MAX in a blind tasting challenge.

The overwhelming majority of participants who recently took part in the internationally famous Pepsi MAX Taste Challenge in four major metros preferred the taste of Pepsi MAX. For the first time, the Pepsi MAX Taste Challenge rolled out in Jozi, Pretoria, Durban and Cape Town, where participants got to blind taste two unbranded, zero-sugar colas and select which they preferred based on taste and taste alone.

The results have shown just the participants preferred the taste of Pepsi MAX:

Pepsi MAX has always been confident in its delicious and refreshing taste. The brand recently decided to put its money where its mouth is by letting South Africans decide for themselves. Originally launched in the 1970s, the international challenge has taken place all over the world with results being tallied, indicating which cola each country prefers. At last, South Africa can be added to the list.

Internationally, Pepsi MAX has long seen strong results and preference in this challenge, however Pepsi MAX holds a significantly smaller market share in South Africa – which is why the results are truly exciting. “This challenge is one of a kind and we are honoured to be considered a fan-favourite among South Africans,” says Marius Vorster, PepsiCo Marketing Director for West East and Central Africa.

“People are creatures of habit – and habits can be hard to break, especially if they are subconscious ones. We are constantly targeted by brands competing for our attention that we often subconsciously lean towards something in autopilot mode rather than our actual personal preference. By removing all the branding and not showing which zero-sugar cola people are drinking, people were guided only by their personal taste preferences when making their selection,” adds Vorster.

Well-loved DJ and media personality, Tebogo ‘CADDY’ Tsotetsi, said that taking the Pepsi MAX Taste Challenge really opened his eyes. “I love the concept of this challenge, which literally challenges people to think for themselves based on their own personal preferences rather than go with the flow because it’s what others are doing. It’s a fun thing to do and I think we should all start thinking this way in other aspects of our lives,” says CADDY who chose Pepsi MAX in the blind tasting.

Participants took part in the Pepsi MAX Taste Challenge across seven different sites in the above major cities over the weekend of 24 and 25 September 2022 and 1st and 2nd of October 2022. Supervisors were on-site throughout the weekends to ensure all variables were controlled. For example, the temperature of both zero-sugar colas always remained equal. “By removing external elements, consumers were empowered to focus on taste preference alone and we have been able to confirm what we already know – that it’s time for many South Africans to change their drink to Pepsi MAX,” concludes Vorster. #PepsiMAXTasteChallenge #changeyourdrink