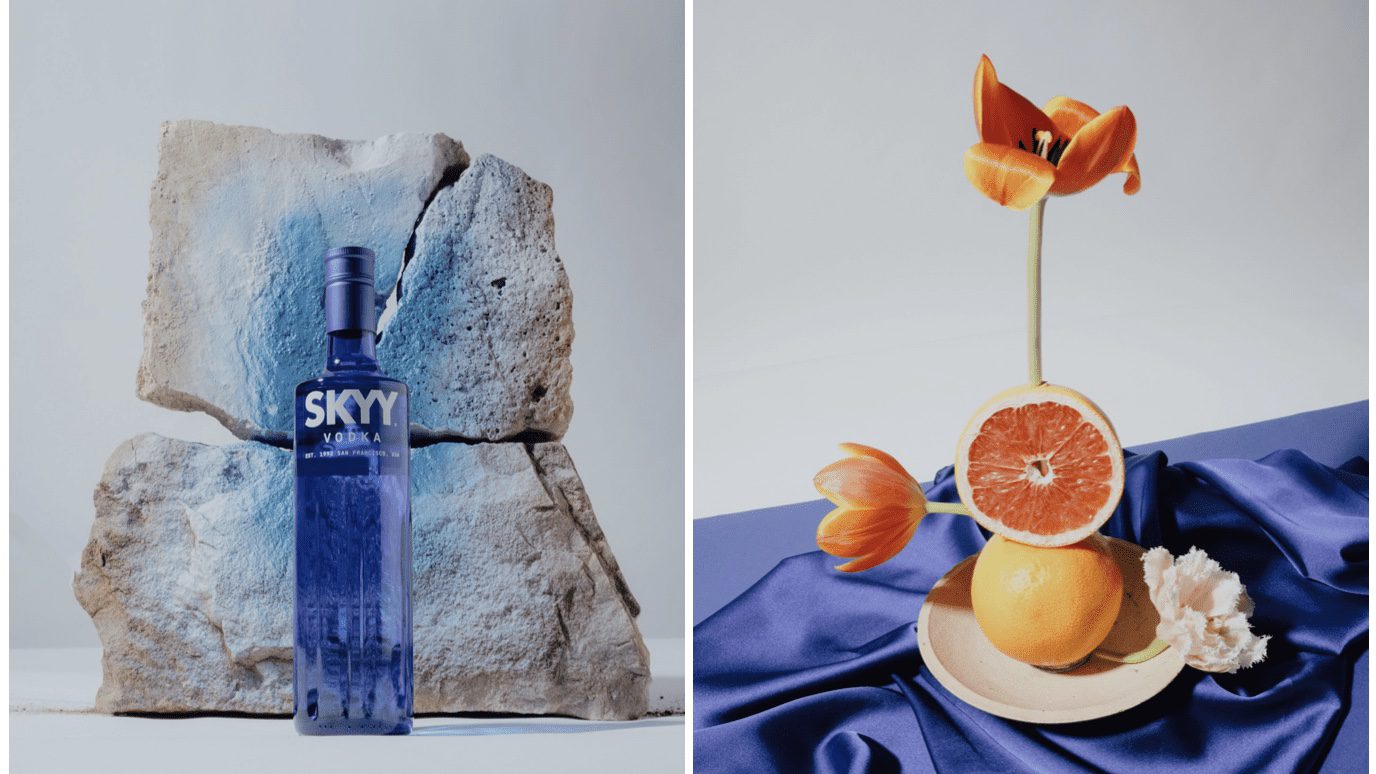 SKYY® Vodka has partnered with local creatives to develop a photographic series that embodies and represents the perfect SKYY® Moment –– what SKYY® describes as a moment in time when you’re refreshed, tuned-in and positively charged, allowing you to live fully in the present. Photographer & creative director, Aart Verrips and stylist, Obakeng Rantlhane are two of the creatives that SKYY® Vodka commissioned for the project. “The moment I was briefed on the SKYY® Moments series, I knew that shooting still life was the way forward on the project, as it’s something I love doing in my spare time. I was excited at the prospect of playing with objects and finding my unique take on shooting what a SKYY® Moment represents for me,” says Aart. Obakeng adds, “I live my passion everyday on set as a stylist, creating and curating beautiful spaces with different elements such as flowers, fabric and garments. These are the SKYY® moments that light me up.”

Aart and Obakeng’s series took shape through playful experimentation with colour, fruit, beautiful objects and mixed media, with the goal of creating still life imagery that would act as a curated collection of art. Texture, shadow and light all played a role in bringing this vision to life.

“Obakeng and I sat down to discuss how we would approach the concept and what we thought the outcome would be. We went straight into gear by creating beautiful scenes –– sticking still life images on the wall and playing around in studio for a day with some of the core elements that are part of the SKYY Infusions® flavours,” Aart explains.

“We looked at what makes up the new SKYY® liquid and focused on depicting SKYY®’s use of Pacific Minerals and the SKYY Infusions® flavours in our own way. We did this by playing with texture, colour and light to create what, for me, represents the SKYY® Moment in an abstract still form that will serve as a piece of art when we unveil the project to the public.”

SKYY Vodka was crafted by a diverse collective of experts including a water sommelier, a chemist, and a professional bartender. While others distil character out, SKYY® has innovated by adding natural elements in, giving their liquid a character-adding twist with water enhanced by minerals, including Pacific Minerals sourced from the San Francisco Bay Area. The new twist to SKYY’s award-winning liquid is intended to enhance the mouthfeel and fresh taste of the vodka & soda. The result is a smooth, gluten-free and fresher tasting vodka that not only adds character to any cocktail, but also raises the bar on the classic vodka & soda. Always quadruple-distilled and triple-filtered – including filtration through California Limestone – SKYY’s liquid is encapsulated in a beautiful coastal blue bottle inspired by the natural elements of San Francisco.

In describing their perfect SKYY Moment, Aart and Obakeng speak of fulfilment and senses. “My SKYY Moments are when I’m creating moments and spaces that fulfil me,” says Obakeng. “For me, it’s all about senses and that special feeling inside that’s evoked when looking at what you’ve created,” Aart concludes.

The entire SKYY Moments series was unveiled at an intimate gallery event in November 2022. For more information about SKYY® Vodka and its new liquid twist, click here, and follow the brand on Instagram and Twitter for more of the SKYY Moments series.