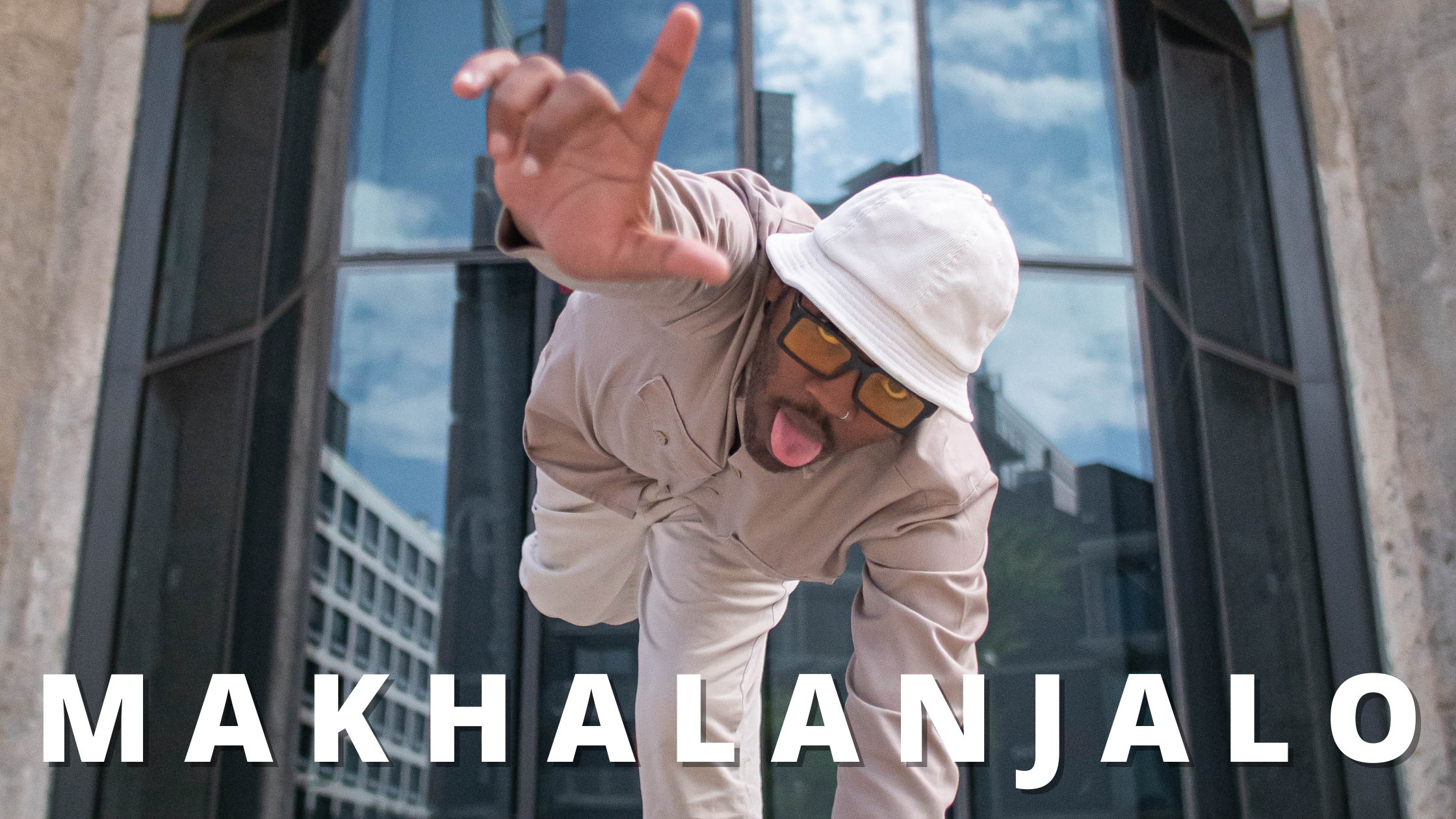 MAKHALANJALO: A Modern Reimagining Of Kwaito. Focused On The Present While Drawing From The Past

Artists speak the language of particulars. They practically have nothing to say to anyone until they’ve built a place of home in their art between themselves & the audience. For art of any kind to make sense, to be believable? An artist needs to reach for the actual details of their surrounding world  speaking first to their own experiences.

There’s no one more clearer in carving out an identity that speaks to that than Michelangelo aka Oros Makhalanjalo. He wears his influences on his sleeve, but what makes his music more memorable than most, is how he’s bringing in those dated influences. Questions of whether his music is homage or pastiche to Kwaito stars of yesteryear, in a career still in its infancy? The clear focus is creating “timelessness.”

With his latest release “Middle Centre” a cultural reference that might fly over the heads of Gen Z as they were still zygotes when all this came about, speaks to the millennial generation who talked about & lived it but also may serve as a bridge to the next generation of music nerds as his work is abound with cultural references that tie it to a time & place, specifically, HIS time & place. He’s not attempting to return to a time he never belonged to, & although the beats, flows, & language that he uses aren’t exclusive to him, he seems laser focused in making a sweeping statement that “Thandi Zinto” brought, in that he speaks to fans from the place in which he finds himself. Makhalanjalo’s true region? He is able to communicate to the audience, experiential, details first experienced by him & then experienced vicariously by listeners through his words.

Makahalanjalo’s way to express anything is to tell the whole story, which is exactly what the best artists are doing right now: telling their specific shit that could only-be told by them. His best storytelling will always be in the now as he continuously finds his own stories to tell. Read the interview below:

Makhalanjalo is a multidisciplinary artist from Cape Town, South Africa who is a member and co-founder of the art collective Apeshit Youth.

Makhalanjalo is a reincarnation of an old character from eKasi (anywhere in South Africa). He is the guy who had all the talent in the world but never pursued it because of difficult circumstances that he faced in the hood. I see myself as being the version of this character that actually went and chased all their dreams and had no fear

Tell us about Middle Center?

Middle Center is the result of me feeling overwhelmed by the idea that I am now the center of attention even though I had always wanted to be the guy behind the scenes. Instead of shying away from it I told myself that I should embrace all the blessings Ive been gifted with and “step into light”.

The song was produced by my brother Gifted Sou-Child (@thegreatgifted) who is an amazing producer from Kimberly making Alternative South African music. It features my brother uDokotela (@apeshit_kotinyo) who is also a member and co-founder of Apeshit  Youth. He sparked the idea for the hook and from there we wrote the song together.

What was your creative process with Middle Center and how does it differ from the process you followed with your first single Thand’izinto?

Middle Center was actually written before Thand’izinto but the verses were not done.  With this song(Middle Center) I was sitting with the bro uDOKOTELA and we were freestyling to the beat and he had this phrase he mention “eMiddle Center ” I immediately stopped him and I said this is the hook. We kept repeating those two words throughout the session and then we went home to write our verses.

With Thand’izinto I was writing from a point of wanting to share a bit of myself in a way that felt vulnerable. On Middle Center I imagined scenarios where I had felt like I was “The Man ” and I wanted to help that be what I use to channel a superstar energy that is uMakhalanjalo at his peak.

What was the inspiration behind Middle Center? – it reminds me of a Jam Alley throwback

Before we had the internet we’d sit and watch hours of television and at the time one of the best shows on TV was Jam Alley. The title Middle Center is a homage to SABC 1’s Jam Alley where contestants would go and play for cash prizes if they answered a question correctly. At the end of the show the contestants would sing one song (it would be original or a freestyle) all with the hope of being discovered and possibly being one of Mzanti’s next big stars.

How has your musical journey unfolded?

My musical journey has been interesting because when I put out my first song I had no idea I’d get the reception I did. It felt amazing to know that people out there are genuinely looking for something fresh and new. I am also taken aback by the love my music has been receiving in Japan, Namibia and Sweden (respectively)

I am inspired by many things. It could be a conversation, a smell, a pattern, a shape or a colour. Most of the time I just want to make music that makes me feel like even if I wasn’t the person making this music I would listen to it because it is a perspective that is true and genuine.

How do you tap into your creativity?

I like to act on a feeling. I believe that any great piece of art evokes feelings.

In 2022 I plan on dropping a lot more visuals and collaborative projects with a few of my favourite artists from around South Africa. I also plan on teasing singles from my album ‘Amanzi’ which will drop early next year!

Who are some artists we should keep an eye out for?