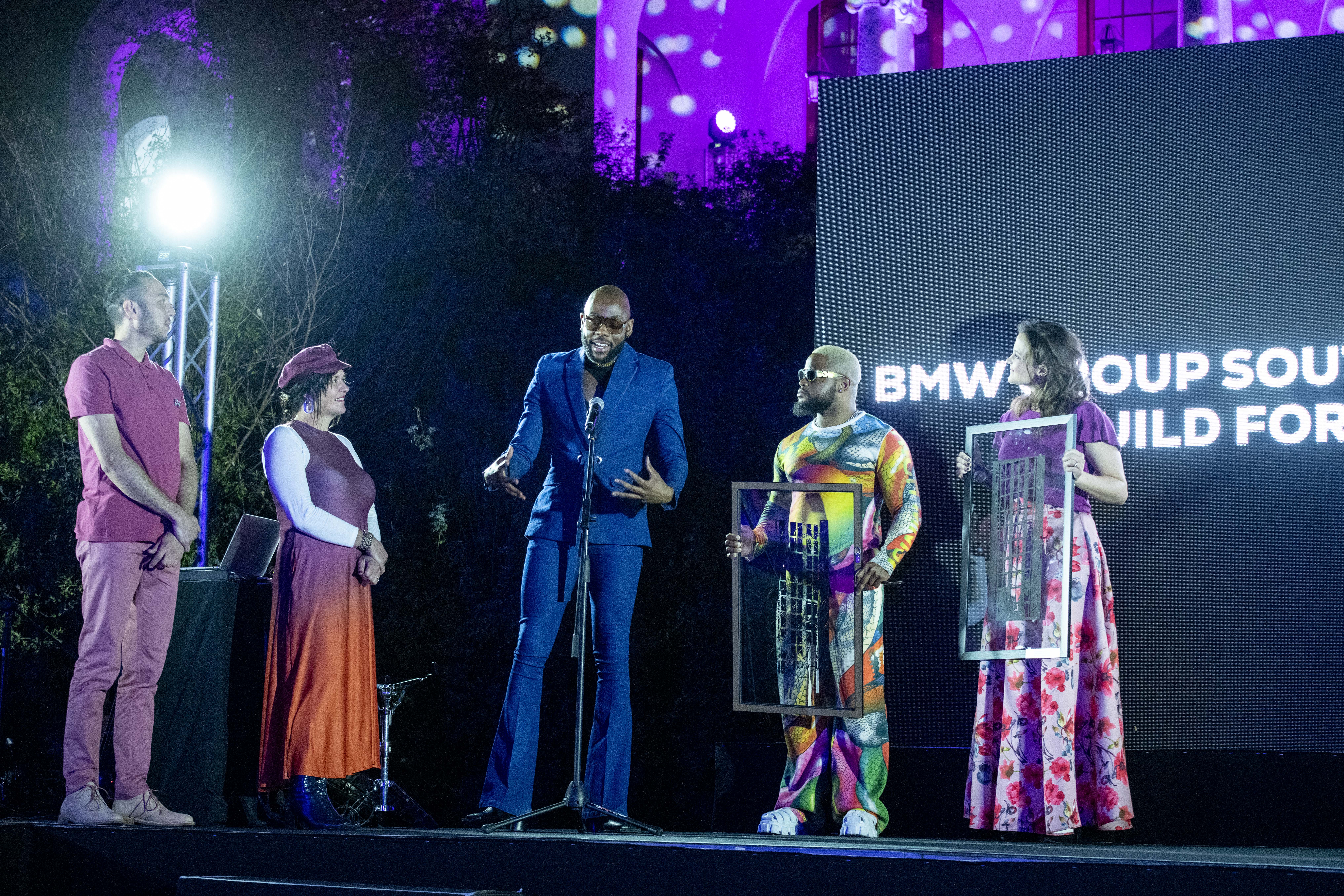 Determination, imagination and cooperation: this was the grit that kept this year’s BASA Award winners on the road through a tough 2021, the year during which the awarded projects took place. From social innovation to education, cultural exploration to artist development and community upliftment, partnerships were formed between artists and businesses that showed leadership and innovation and saw tangible benefits, often setting the foundation for deeper collaboration.

The 25th Annual BASA Awards, partnered by Hollard, returned to live format on 29 August for the first time in three years. The ceremony was streamed live online as the winners were announced from the stage at Hollard’s Villa Arcadia in Parktown, Johannesburg. The event, hosted by Roshina Ratnam and Rorisang Thandekiso, featured performances from Zoë Modiga and Moving into Dance. Each of the winners received an original, limited edition Mariapaola McGurk paper-cutartwork, created especially for the 25th BASA Awards. Each artwork is unique and signed by the artist.

Speaking at the Awards, BASA CEO Ashraf Johaardien said: “Since its inception 25 years ago, BASA has lit fires beneath the notion of cross-sector partnerships. Advocating for the value of arts, culture and creativity in society goes hand in hand with engendering a broader understanding of the role the arts can play within the socioeconomic framework. Encouragement is the fuel that lights the fire and we continuously strive to light a spark when energy is low. These BASA Awards mirror the brightest sparks of energy, those whose determination and collaboration are making a real difference.”

Hollard’s Brand Executive Heidi Brauer said: “In keeping with the theme, we hope that it is truly ‘Lights Up – Time to Shine’ and that the arts will flourish again after two years of dark stages and empty venues. And we hope that it’s also ‘Lights Up’ on many new partnerships between businesses and arts projects and organisations that, like so many partnerships before them, contribute towards better futures for all South Africans.”

The winners of the 25th BASA Awards are:

BEYOND BORDERS PARTNERSHIP AWARD
Cooperative Innovations, Baz-Art and GreenPop for The Museum of Plastic

For more about the winners and a recording of the 2022 BASA Awards head to basa.co.za/awards/