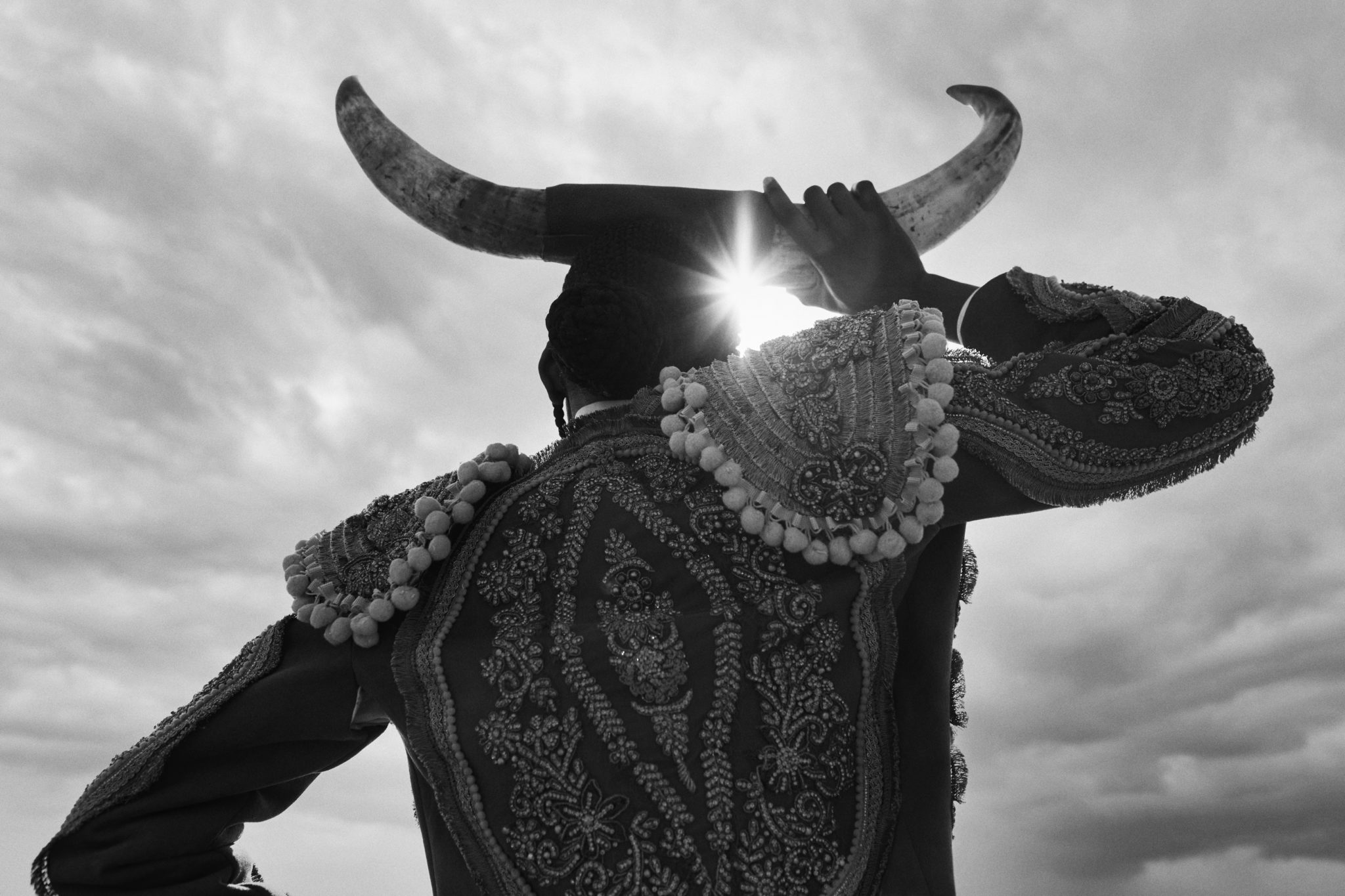 “Here is the world. Beautiful and terrible things will happen. Don’t be afraid.” – Frederick Buechner

In an arresting new art series titled Beautiful Terrible, Justin Dingwall explores the complicated representations of women in society. Of the project, the Joburg-based artistic photographer shares: “The image of a bullfight can be seen as a metaphor evoking the battles women face, where the bull and bullfighter are entwined in a paradox of opposing similarities, where a woman can be seen as both matador and bull simultaneously. It echoes interchangeable and unstable roles in aspects such as: challenge versus resistance, dominance versus submission, action versus passivity, strength versus weakness, victor versus vanquished… These opposing sides face each other head on in a battle that embodies a woman’s social strife.”

Dingwall points out that by evoking a traditionally masculine sport such as bullfighting, and conversely depicting the matador as a woman, the series confronts commonly held societal perspectives. “It is a focus on perception, and how stereotypical notions are constructed based on perspective and social discourse, and it looks deeper into how these images, which seem to be fixed, can be changed,” he says. If change is the only constant, let’s move forward consciously – keeping what is true and discarding the old, tired notions that make us all smaller, that say we can’t be both the matador and the bull.

Visit justindingwall.com for more and keep up with the artist on Instagram.

Double-tap Women’s Month edition: this MUA you should follow on IG!