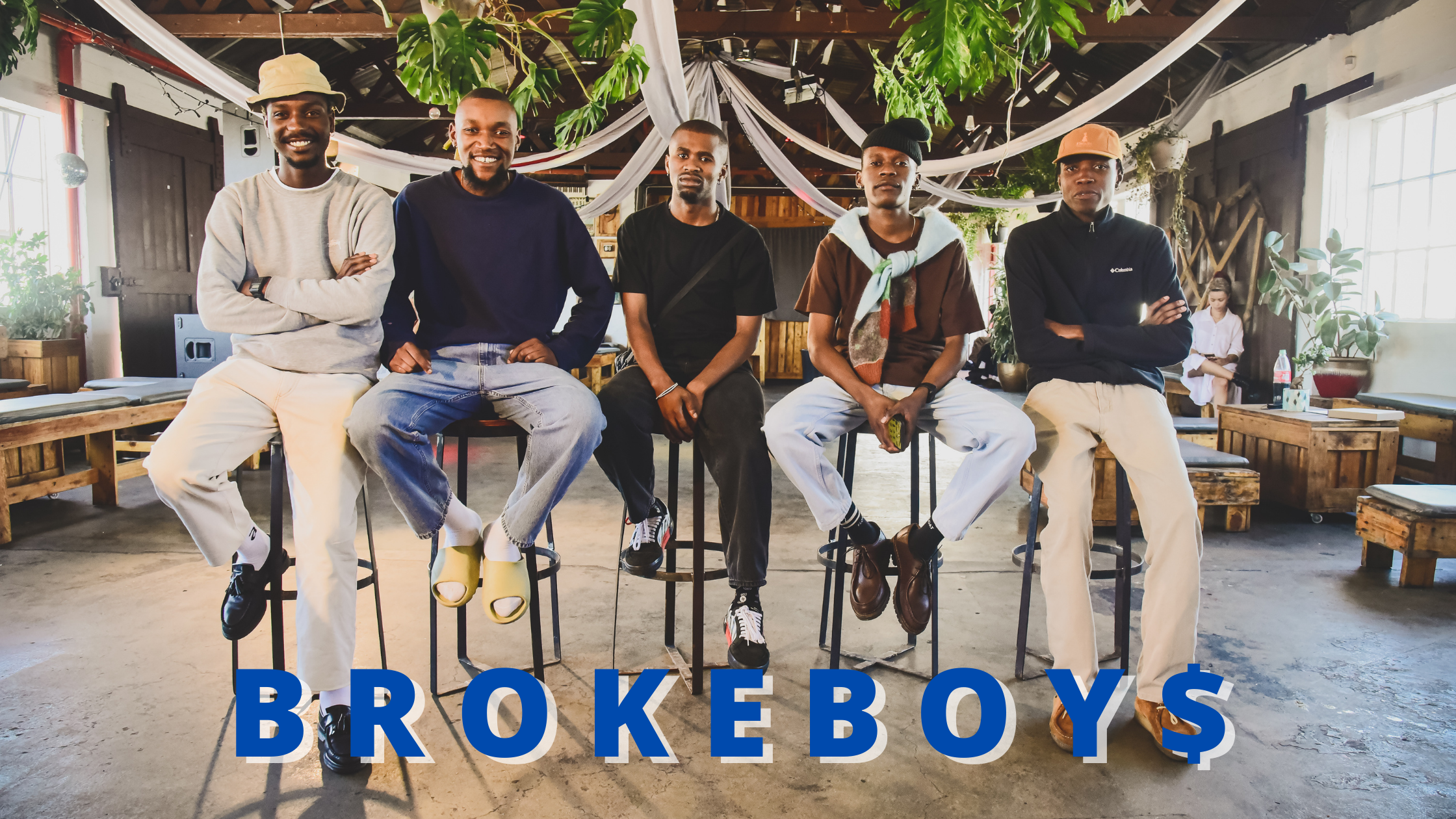 When passion, art, and life intersect, you get an explosion of culture and creativity from those who best know their metropolis. From catching long train rides into the city to expertly carving their lane in the Cape Town streets, this collective is representative of the South African creative spirit. Meet Broke Boy$, an ever-growing multidisciplinary movement, founded in 2016 and led by a collective of young Black South African creatives. This influential crew have made their way to the top of street culture, infiltrating their creative talent within the hub of The City of Cape Town. With over 7000 instagram followers, their influence is magnetic. They describe themselves as a ‘cross-cultural clothing brand that aims to tell the stories of those regarded as misfits, and/or the Rebels of society’.

4.) How do you guys, individually, as the people who are behind the movement, perceive Broke? Can each of you describe your identity/ movement in one word.

Follow more our social media channel for more on this story: 10and5 IG + BROKE IG