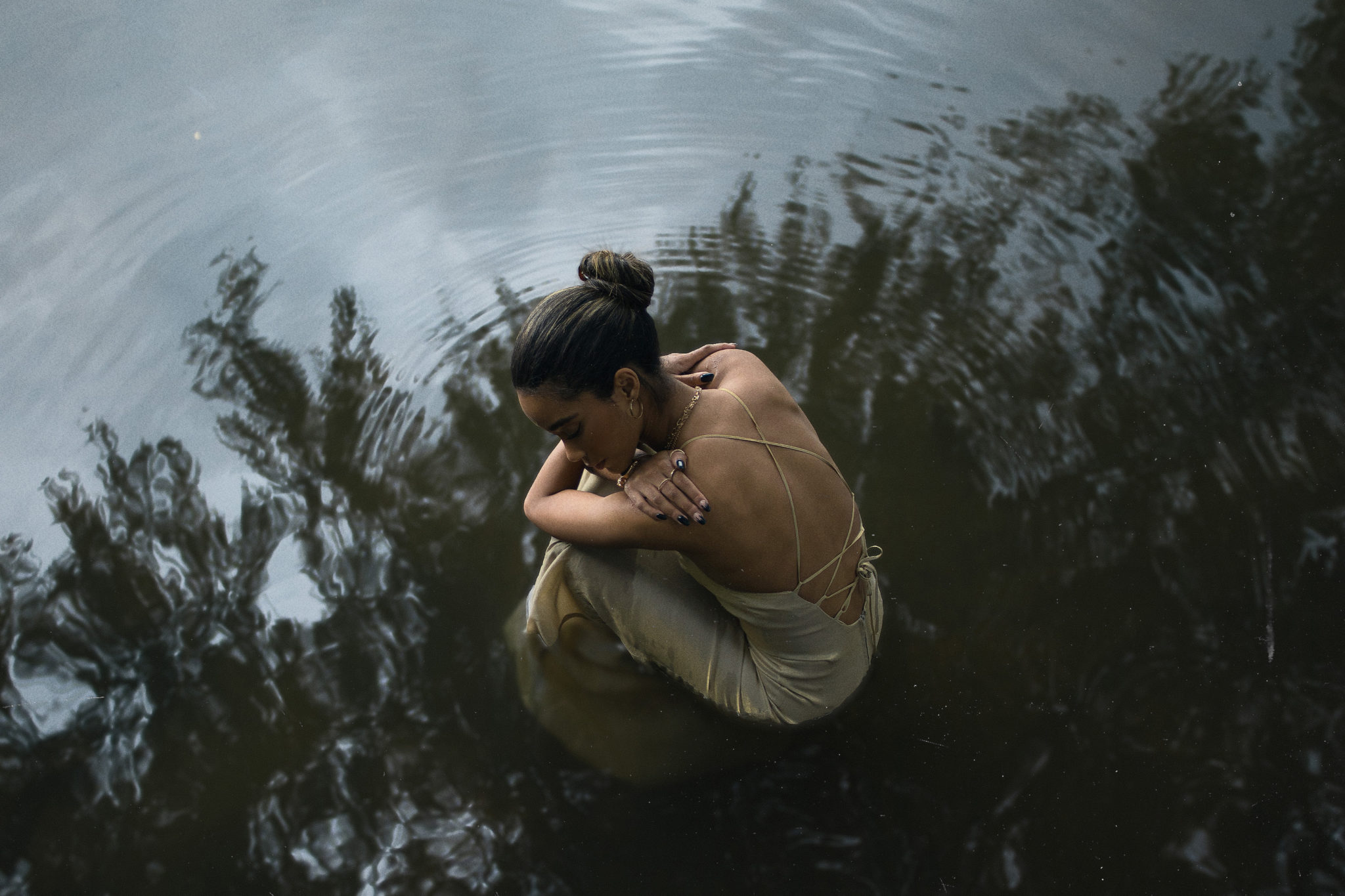 Deji Dada Photographs Many Muses In His Personal Project ‘RightToLeft’

During a time of limited personal freedoms and widespread uncertainty, Deji Dada got curious, embarking on a personal series of photographic portraits starring the many faces and personalities who fascinate and inspire him. And so, while South Africa underwent a series of lockdowns in response to Covid-19, Dada too remained tucked away in his apartment, but this became the stage for his ongoing series RightToLeft. “Confined to my apartment, I have since shot 94 people and have only recently decided to take it outside,” he says. The portraits that have resulted over the past eight months are arresting, atmospheric and intimate. We spoke with Dada to unpack what this project has taught him and where he intends to take the series next.

You’ve photographed 94 people (and counting) in your apartment since the global pandemic began. Such an intimate exchange seems both counter intuitive as well as a necessary remedy for this time of separation we’re living through. What has the experience revealed to you?

Time. As pivotal as it is to life in itself, I feel that time doesn’t exist, that “time is an illusion”. Maybe The Hitchhiker’s Guide to the Galaxy has played too much of a role in the way I think. I’m going to be twenty-nine next year. Such thinking comes with the realization of turning thirty next, ‘the typical age in which you have to get serious about your life’. In my head, I have a feeling that things will actually get better when I’m thirty, that everything is happening and has happened perfectly. I believe that everything that has happened this year has happened because I wanted it to happen. Accepting the worst, and pushing forward, even during a global pandemic. I think when you know what you want in life and you have that balance and mentality, everything does start to come towards you, and simultaneously the right people come towards you whilst others exit. It’s really about how you plan to carry out a passion or a dream.

And what has this series meant for your growth as an artist?

This series has allowed me to grow, learn and express my creativity. It wasn’t until we all got cooped up, due to lockdown, that I realized how much I missed shooting personal work. Being 2020 at the time, I also realized that the last time I exhibited work had been the decade before. It has allowed me to be naked, a word synonymous to the human body being without clothing. Conversely, it can also have the meaning of allowing yourself to feel vulnerable or even as seeing something with the naked eye.

What do you love about photographing people in particular?

Since I first picked up a camera, I’ve always loved engaging with people as my subject. It all started with my love of candid photography at electronic events. A space in which pure (and sometimes inebriated) expression could be found. Materializing to where I am now. In most cases, it is just a somewhat intimate exchange between the muse and me. As time passes, I enjoy how things progress, and we both become more and more comfortable with each other. I love to see what my subject/muse perceives as their ‘good side’ and how I am able to attempt to show them so much more.

Though you’ve recently taken the project outside, most of the portraits were shot in your apartment. Was it challenging to keep finding inspiration within the same four walls?

I see myself as a doer, it has honestly been fun. I basically envisioned it as a scientific experiment in which my space (apartment) was the dependent variable, and my independent variables would be how I applied techniques/light/poses or the muses themselves. This created the excitement that drove me to keep pushing and trying out things I never would have considered.

Tell us about your favourite portrait you’ve taken recently and why it stands out for you.

If I was to choose, it would either be one of the two portraits (featuring Brian Sethekge or Kayleigh-Jade Rose) I’ve recently taken outside. I feel that these images evoke juxtaposed feelings of longing. They make me pause. They make me assess. They make me attach how I’m feeling or what I’m thinking onto them. An almost universal melancholia.

Going forward, how do you hope the series will continue to unfold?

My series RightToLeft is a visual study bringing together a curation of portraiture for the process of experimentation and documentation. It’s a project aimed at highlighting and challenging emotions and thoughts, as conditioned as they are, and their interactions, all in attempts to displace our conditioned orientation/psyche of left to right. To me, emotions and conditioning are fascinating because they address everything that is fleeting and lasting. They represent an effort to balance multiple perceptions of artistry, design, status, the gravity of a moment, fashion, comfort, the ability to resonate, the world around us. Emotion and conditioning connect culture. There is always a conversation to be shared about the topic. When you experience and illustrate emotion, a simply complex idea can be triggered. At the same time, if you attempt to construct an understanding about a feeling or an emotion, it seems fleetingly complex. Similar to the way people are. Emotions have personality, conditioning tells the story.