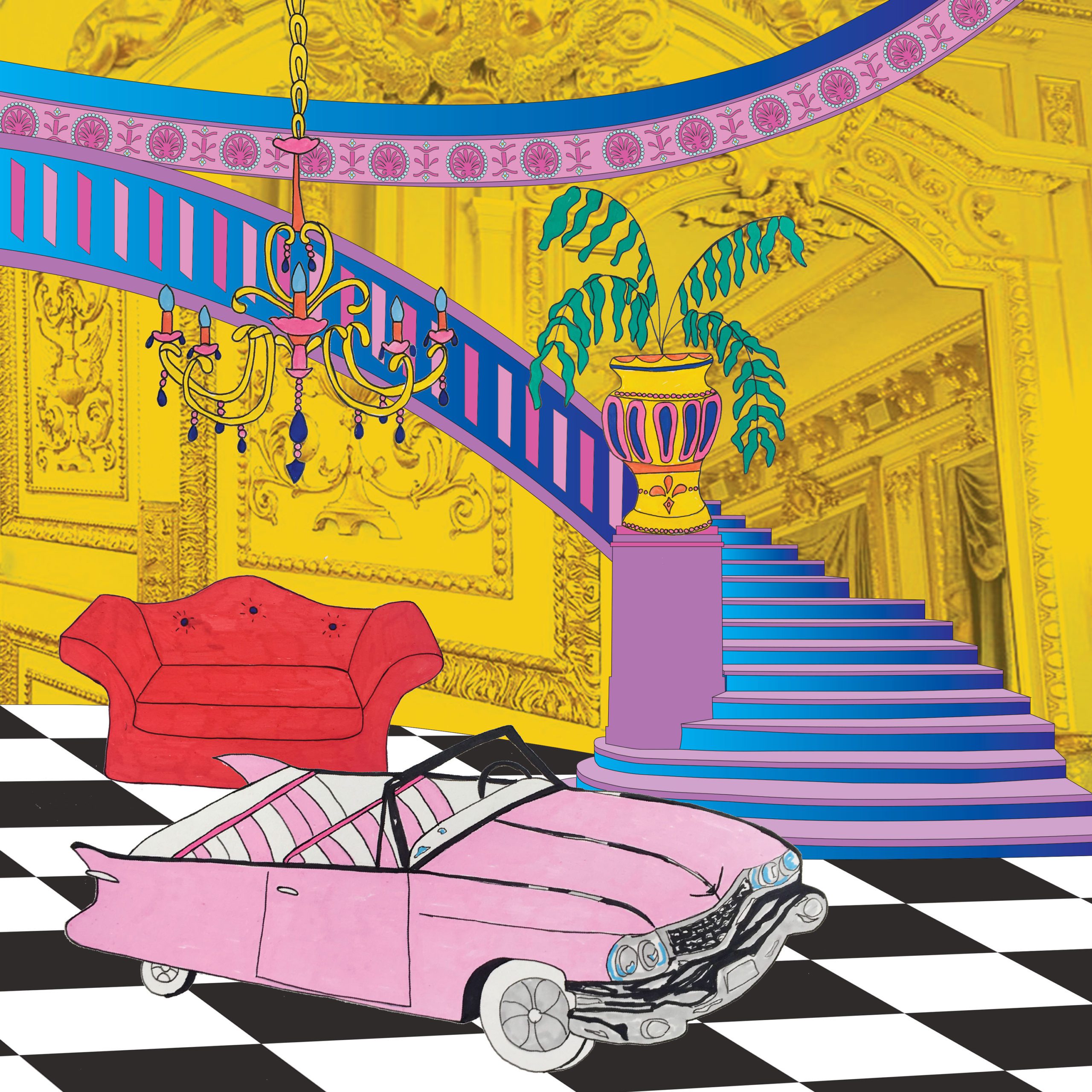 HONEYMOAN have shared a rip-roaring new single ‘False Idols.’ The fast-paced slice of slick electronic pop rock is the second single to be lifted from the Cape Town quartet’s upcoming EP ‘Palace‘. It’s a song that carries a message of triumph in general, and with its infectious hook the track itself rises victorious as it garners multiple presses of the repeat button from the first listen

Speaking about the track, singer Alison says, “‘False Idols’ is a triumphant story of success, a message to anyone who ever said you couldn’t do it, you were too young, too old, too scared, too whatever but you did it anyway and look at you now”.

The song also comes alongside a playful and striking music video, inspired by awkward family photos and other bizarre scenarios. The video’s director Peri VP adds… “HONEYMOAN really have their own unique vibe and aesthetic, so we decided to create something that felt playful and odd. I often get bored with music videos half way through, so it was also important to me that the video kept moving and that the visuals kept up with the track.”

It follows on from comeback single ‘Super Emotional‘ which introduced a new electronic direction for the four-piece but still wasted no time in reminding fans of the bands’ impressive knack for crafting songs packed with addictive hooks and relatable lyrics, all within their own unique and diverse sonic universe.

Just over a year since the release of their last EP project ‘Weirdo’, HONEYMOAN pick up where they left off, having sold out dates on their first UK and European tour and picking up a huge show of support from BBC Radio 1, BBC Radio 6 Music, Apple Music 1, DIY,  Dork, The Line of Best Fit, Music Week, Under The Radar and even The New York Times.

A band that’s truly more than the sum of its parts, this new release is further evidence for how its four members instinctively combine with killer effect, and keep their growing fanbase coming back for more. With the latest taste out today, the ‘Palace’ EP lands 18th August and is available for pre-order/pre-save here.

Double-tap Women’s Month edition: this MUA you should follow on IG!

Blood & Water: returns with season 3 and plenty of plot twists