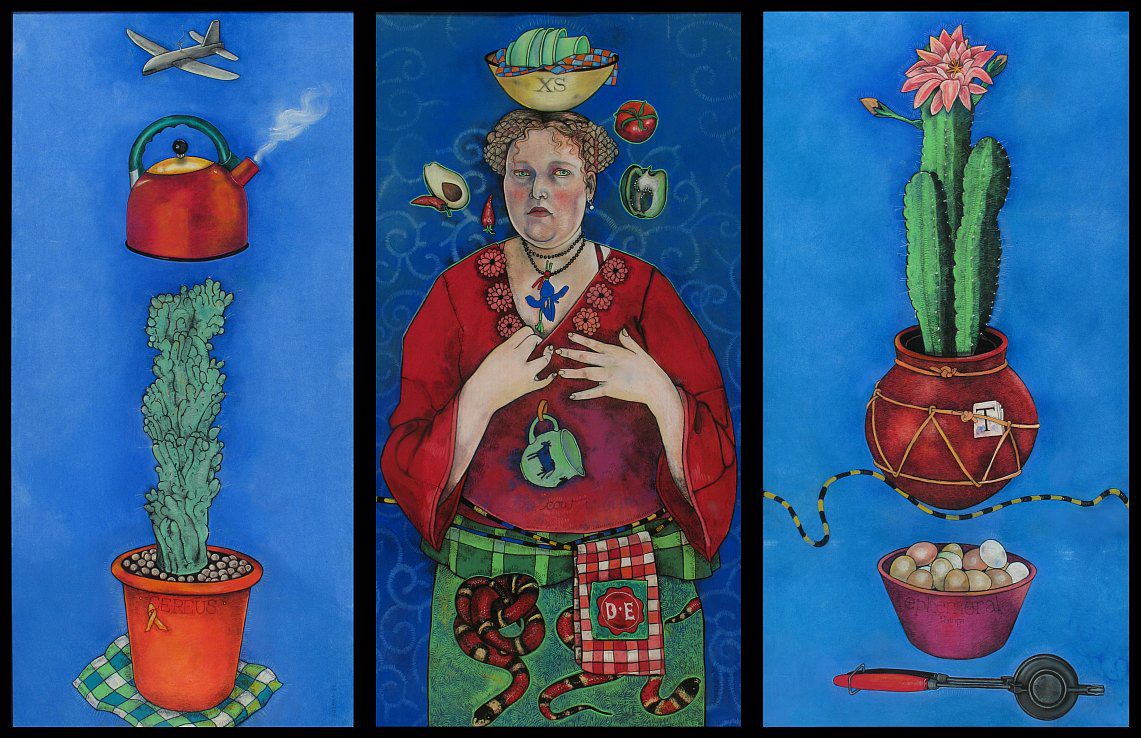 This Women’s Month The Sanlam Art Collection Presents Her…

This Women’s Month Her… an exhibition celebrating women artists and their contribution to the industry is exhibiting in Cape Town and Johannesburg. Using a variety of media, the exhibition tells the story of the female experience through meaningful and innovative works that illustrate the issues pertinent to women over the last century, from domestic life and motherhood to discrimination, inequality, gender beauty standards and violence against women. Curator of the exhibition, Stefan Hundt, says that by far some of the greatest contributors to the development of South African art over the past century have been women.

Looking at artists such as Irma Stern, Pippa Skotnes, Helen Sebidi and more, we can see that women artists were innovative and daring at time when the dominating patriarchy saw little value in the visual arts.  As museum directors, gallerists and art historians such as the late Marilyn Martin, Linda Givon, and Dr Marion Arnold, to name a few, South African women have done an incredible job and still do so today, not only here but also on the international stage. They deserve to be recognised and celebrated – Stefan Hundt

Netflix Releases The Trailer For Kings of Joburg Season 2