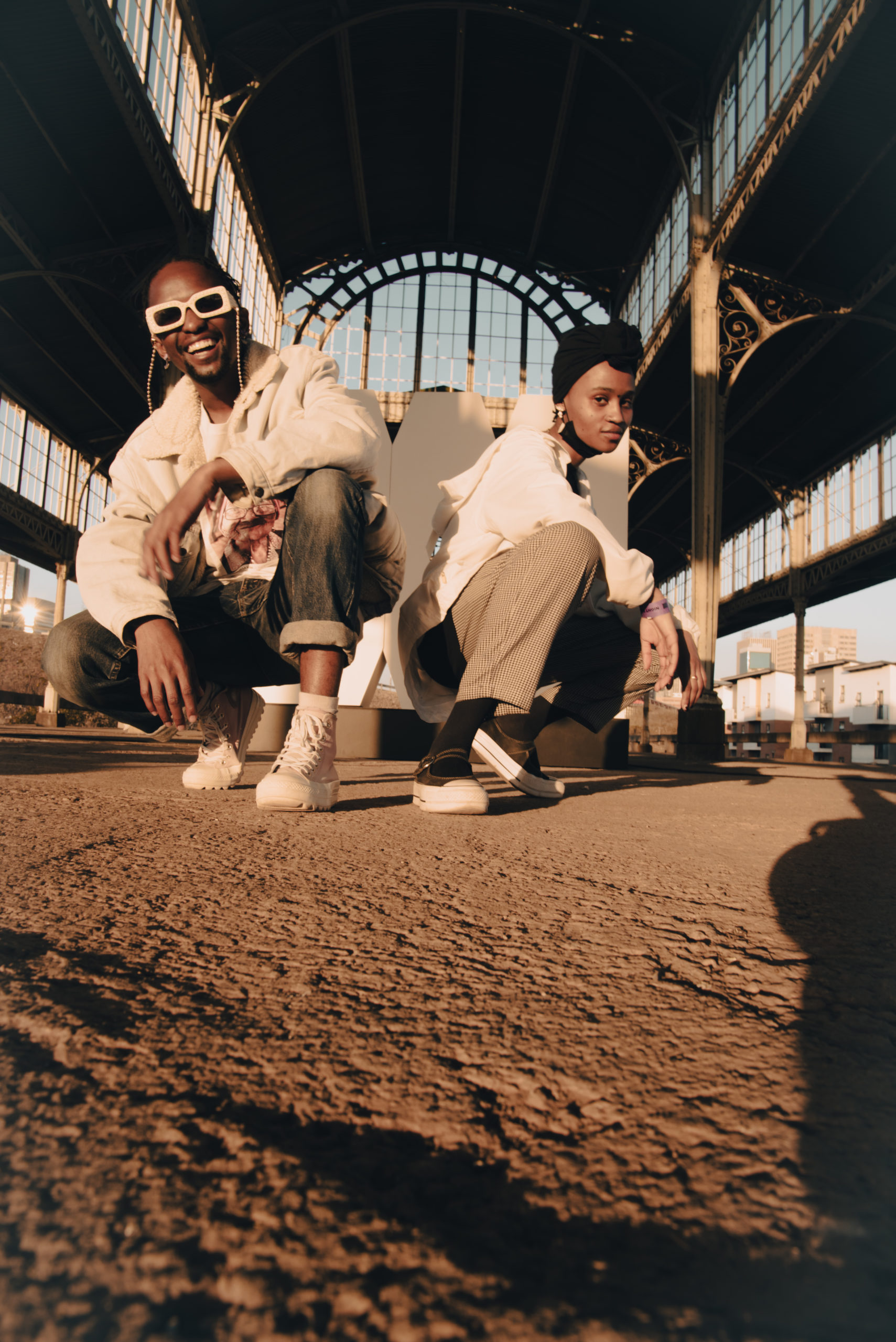 Night Embassy Johannesburg Ambassadors Kombonation throw Kaofela Kaofela 3-day event at The White House in Meadowlands Soweto this weekend. Earlier in the week they had an exciting addition to their lineup: Amapiano superstar Focalistic who will be performing on Saturday at 6pm. As if that were not exciting enough, New York cult streetwear label KidSuper came to Johannesburg this past Wednesday to create a T-shirt range with Kombonation, made up of Soweto photographer/design duo Kananelo Kabelo Sello and Kgotso Selomah. KidSuper currently wants to display this collaboration – and potentially an expanded one – in New York at his exhibition.

For Kombonation this is a dream come true as a lot of their work has been inspired by Kidsuper. At 30 years old, KidSuper has become a cultural phenomenon – designer, artist, athlete, producer, trendsetter. In a few short years he has taken over fashion, designing for Sean Mendes, Russ,  Lil Nas X, Ed Sheeran, J Balvin, Puma, Steve Aoiki and more. The only thing more impressive than this years LVMH Karl Lagerfeld Prize winner,  his ability to predict the next trend is his unconventional approach to art and design, the dedication to his friends and fan base and his overarching affinity for Jägermeister.  Jägermeister has been incorporated into all of his events and celebratory moments over the past number of years, including his first ever Art Show, his Birthday / Halloween Party with ASAP Rocky and Paris Fashion Week

Market Photography Workshop graduates Kananelo Kabelo Sello and Kgotso Selomah founded Kombonation in 2018. They are a Soweto-based pre-to-post production start-up, specialising in real and raw visual storytelling. Kananelo and Kgotso also create clothing that showcases their photographic skills and expresses the narratives existing within and beyond their imagery. Their attire, events and performances are by the kasi, for the kasi – and beyond.

Says Kgotso “We honestly took a long shot proposing to the Night Embassy Johannesburg team to get KidSuper on-board Kaofela Kaofela so that we can really explore Kasi and local brands diversifying into more than just “drip”.” Kombonation got way more than they bargained for with KidSuper even taking this range and the Ambassador duo to New York city in 2022 for his exhibition!”

This Friday, Saturday and Sunday Kombonation will host the kasi night experience of a lifetime, Kaofela Kaofela, where you can enjoy exhibitions, fashion, photography, talks, games, street sports, performances and DJ sets that influence the lifestyle of togetherness, ekasi. Tickets to this edition of Night Embassy Johannesburg by Jägermeister are R50 for a day pass.

Kombonation’s residency is named ‘Kaofela, Kaofela ‘ as the saying “together, we can do more” is part of Kombonation’s moral code. “We are a collaborative effort so we hold unity in community in high regard. We believe our dream can only come true if our community, our fans, and society as a whole understand that this is a joint effort,” says Kabelo.

“At The White House in Soweto, we will exhibit visual and performing arts by our community, with the incorporation of street cultural elements such as clothing and street sports that influence the lifestyle of togetherness, ekasi,” explains Kgotso.

“From a Kombonation Kollexion Fashion Show, to talks with special guests that influence urban culture in creativity, sports, and entertainment, we will cultivate an atmosphere of togetherness from this festive season to infinity,” Kgotso adds.

“Our venue will be turned into an unconventional gallery experience, not only showcasing our iconic imagery, but other forms of expression, such as street sports, music and fashion. The first night will start with a ‘konvoy’ (convoy) to the host venue from Jabavu,  where Kombonation hosts its annual front yard exhibition, with some interactive pit stops in between. When we arrive, there’ll be a fashion show waiting to blow our minds! We’ll play some fun games on the second night with the attendees, while those playing on the decks keep the night vibey. Our last evening begins with a conversation with an author from kasi, Tshidiso Moletsane, about his thought provoking book JUNX. The night ends with live performances by Kombonation, alongside other magical hood musicians!” Kgotso says.

Exhibition: Nike Air Force 1 And Their Heroes Of Community