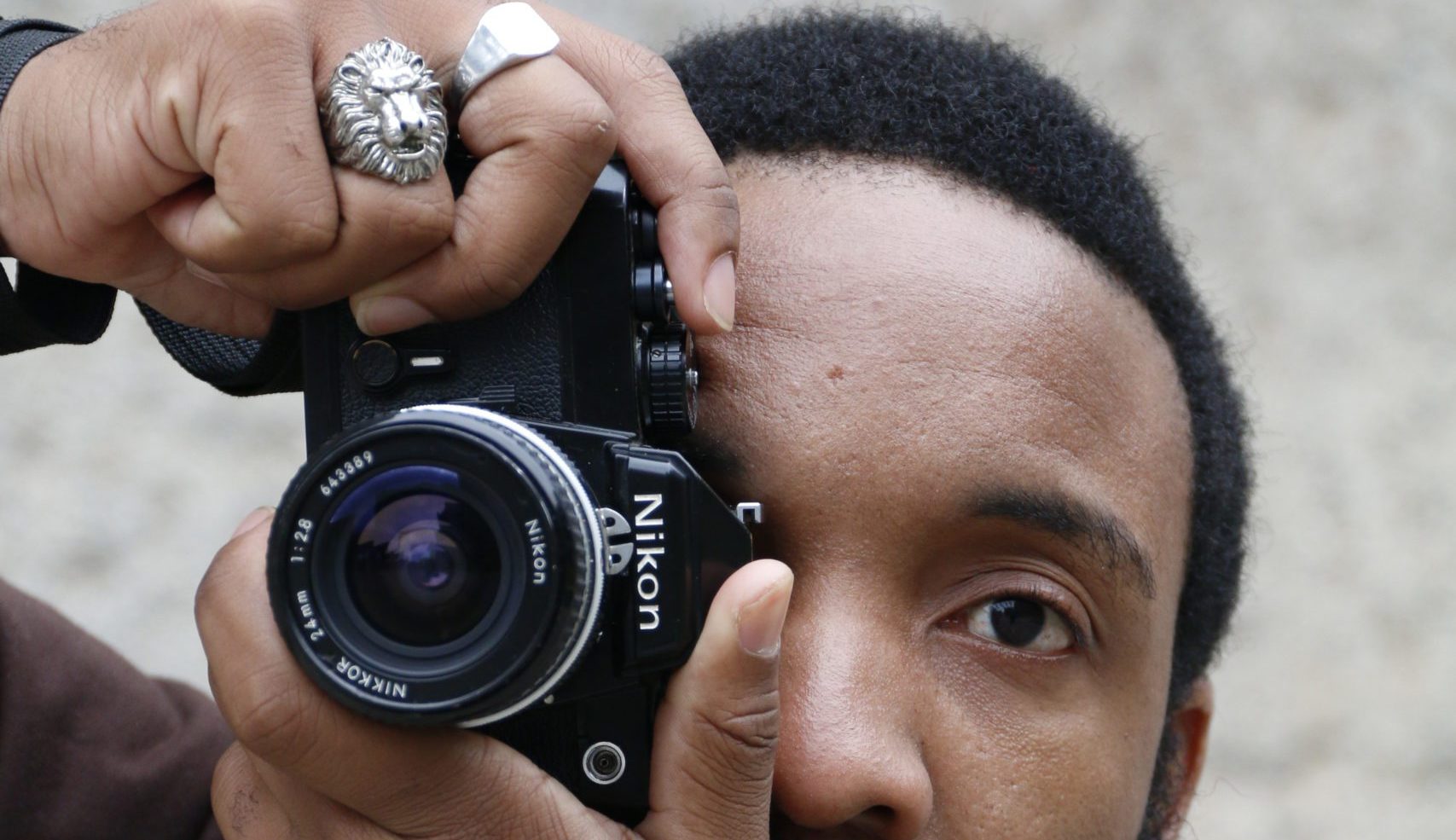 Sithembile Twala, affectionately known as ‘S’the’, is a photographer and co-founder of fashion brand, Inkomo Eswenka Yodwa. He comes from Johannesburg but is a regular in Cape Town. When asked why he does photography and dabbles in fashion, his answer is simple, “It runs in my blood,” further claiming that he could never choose between the two as they both connect him to his mother and that he is exceedingly passionate about both disciplines. Sithembile’’s mom was a designer who had a hand in photography and taught him the ins and outs of designing; pattern-making, choosing fabrics, cutting, and sewing. This is something he didn’t have to go to school for.

He is currently employed as a photographic assistant, a profession he enjoys and in which he assists with lighting and camera work. His boutique, comprising of mostly jackets, was established in 2014, around the time there was a rise in izikhothane, a culture of urban youth from South Africa’s townships, who were fascinated by extreme materialism, which included wearing striking luxe branded clothing and leading an opulent lifestyle. He claims that this phenomenon pressured him as a result of his background and inability to afford these garments, leading him to create his own brand with his friend and business partner as soon as he completed matric. Inkomo Eswenka Yodwa was established out of the incessant need to look good

How the name came about

After spotting a taxi with the phrase “Inkomo Edla Yodwa” written on the back, his partner came up with the name Inkomo Eswenka Yodwa. He claims that his partner appreciated how meaningful cows are to black people and the significance they hold when it comes to rituals. This is what they hoped their brand would achieve. They began by buying ready-made items and branding them, then decided to learn everything from the ground up, resulting in a manufacturing house on top of their boutique and a sales section at the bottom.

Being a business owner and being a creative

For Sithembile, feeling able to work with someone who is both different and similar to you adds the right ingredients to fostering an amazing partnership. Business is still a learning curve for him, as he wants to steer away from only being referred to as a creative because of how limiting the title can be, emphasizing that he wants to be referred to as a ‘businessman’. “As artists, we also need cash. There are bills and rent to pay,” he adds.