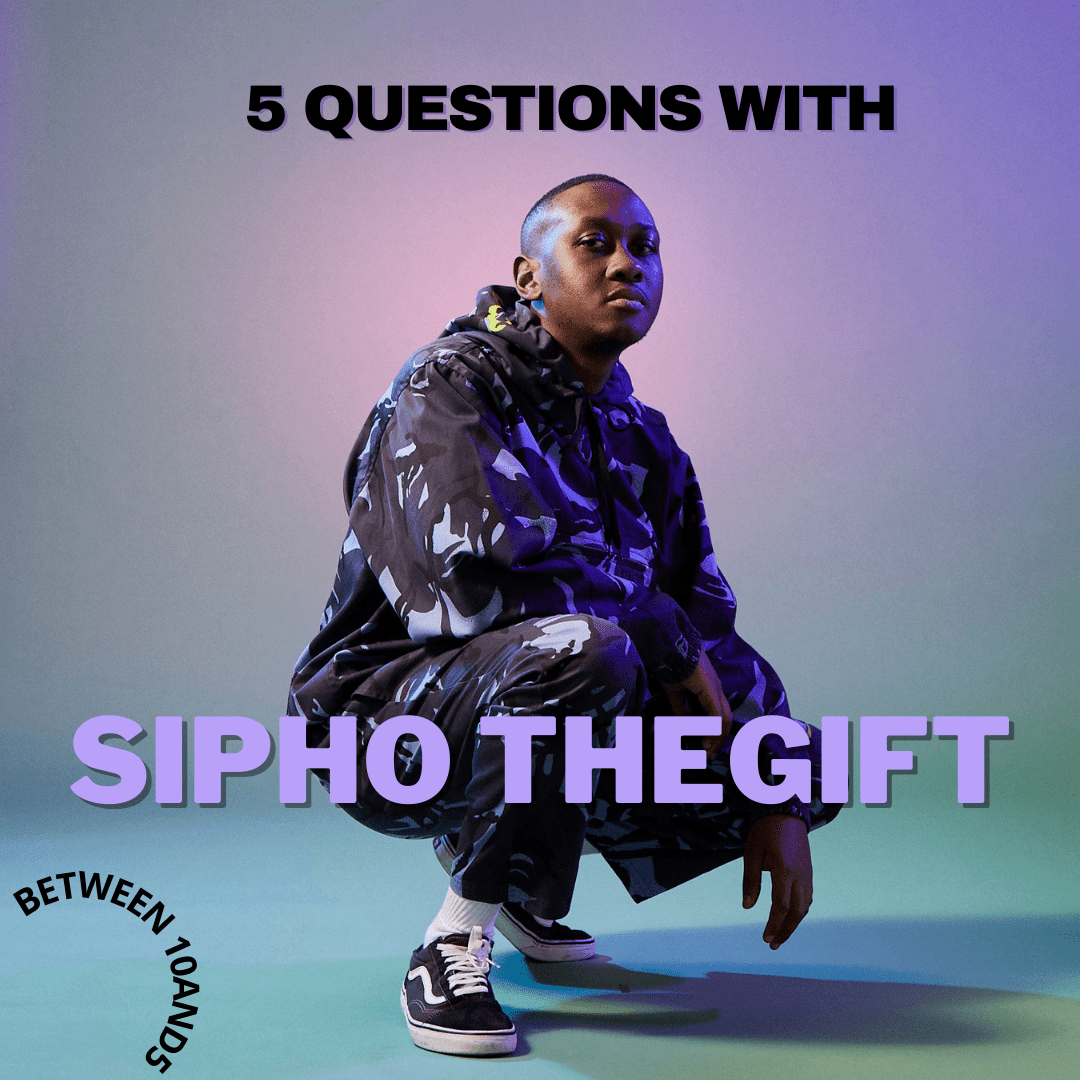 We got to catch up with Capetonian alt-rapper, producer, and engineer – Sipho the Gift – to chat about his upcoming single “LET YOU TELL IT.” The single tells a tale of heartbreak and red flags as he plans his launch shows and his first album drop – MIRROR MAN [coming October 2022]. Emulating what he heard as he grew up, Sipho found his voice in introspection that enabled him to tell his story in a manner unique to him. Read more about how he got started:

Who is Sipho? (Where are you from, what do you do)
I’m an alternative rapper, producer, and engineer from Cape Town.

What inspired your sound and current sonic direction?
I think I have an eclectic taste in music developed by listening to and drawing inspiration from different musical genres ever since I was a kid. My favourite songs and albums are those that make me feel something and move me to see things from a different perspective through their imagery. That’s the exact same thing I’ve always wanted to do with my music since I started.

What/when was the moment you realized that music is what you want to do?
It feels like I’ve always known since I can remember. When I was 8 years old I first saw 50 cent and it was his bravado and confidence that hooked me into music. It was like seeing magic for the first time.

Tell us more about your musical journey
I started producing for my friends on campus while I was studying. At the time I was working on a mixtape and shot a music video for the lead single titled Phanda More. I managed to get it featured on MTVBase at the time and that got me a lot of eyes and international press for being different from what was out at the time. I’ve just been building steadily since that moment.

Where do you hope to see yourself in the next 3 years?
Touring internationally, winning awards, thriving in business, and creating art on a bigger scale. That’s the vision.

Tell us more about your single; what inspired it? When does it drop?
“LET YOU TELL IT” is a break-up song from my perspective as a wrong lover. The chorus and verse both find me lamenting over the dying embers of a relationship I gave my all to, choosing to overlook all the red flags for superficial reasons. Choosing to no longer be gaslit and settle for the bare minimum, I know the relationship has to end. Regretfully, I know despite everything that happened, it’ll probably be my fault that we broke up. The song is produced by Nigerian future-super producer, Le Mav  (credits: Tiwa Savage, Falz the Bad guy, Santino, Tay Iwar). The official release date is the 29th of July

When can we expect an album from you?
October this year. There’ll be much more than just one album though.

What’s your favorite song in your catalog?
“BOY” from INDIGO is my favourite song. It’s got a lot of energy and the concept means a lot to me.

Where & when can our audience & your fans see you live?
I’ll be doing intimate launch shows for the album roll out so just keep a look out on IG for the updates.